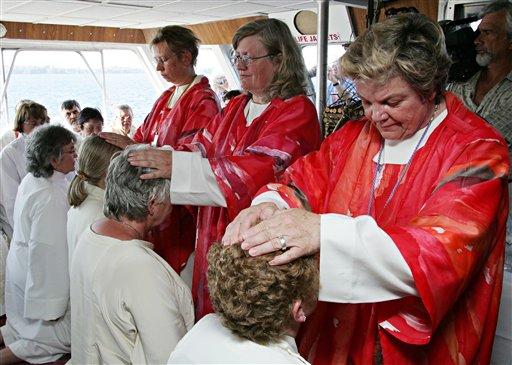 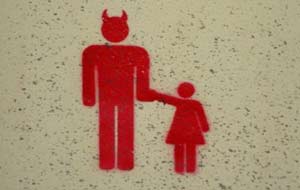 Women and the Conclave. Interview with Marinella Perroni


Interview with Marinella Perroni, theologian. “What the carefully staged resignment of Benedict XVI has shown is that everything can change. But for change to actually happen, the Church would have to welcome the female point of view. Something that goes well beyond the ordination of women”.

It’s been two years since theologian Marinella Perroni – former president of the Coordinamento Teologhe Italiane and professor at the S. Anselmo University of Rome – has chosen “Todo cambia” as a ringtone for her mobile (i.e. a song made famous by Nanni Moretti’s 2011 “prophetic” film Habemus Papam). And after Pope Benedict’s resignment she has often pointed out that: “The Church needs great changes”. Changes that basically hinge on the issue of women within the Church. Professor Perroni, one of the most important voices of “gender theology”, believes this goes well beyond both the ordination of women and their more prominent role in the hierarchies.

What has been and what will be the role of women in changing the Church?
Nowadays whenever the word “reform” is used within the Church – both on the grassroots level and on a global scale – the issue of woman’s role in the Church and her point of view is front and center. Just think of the Austrian priests’ widespread call for disobedience (v. Pfarrer-Initiative). And of the worldwide demand for a reform of the Church called for by theologians and believers right after Pope Benedict’s resignment. Asking for some clear turning points: collegiality, the role of women, homosexuality and bioethics. All of these are requests that the Church will have to face, but nobody can tell whether the Church will come to accept them. Millenary-old as it is, the Catholic Church doesn’t walk in a straight line, so it can move forward, as well as simply go back to the past.

Where in the world is this need for change more strongly felt?
Mostly in Europe and in Northern America. But not everybody is free to manifest it. Still, I don’t think the first thing to do is to ordinate women. First you would have to deeply reform the ministry of the Church.

What happened between the resignment of Benedict XVI and his flight toward Castel Gandolfo?
Those 19 days were impressive to behold. The pope could’ve resigned and left straight away. Why would he wait? But in the meantime, something happened: the event itself, that would forever change the sacred nature of the Pope, was transformed by the prayers of the believers. And in turn influenced the gaze of the media. Through a cleverly conceived direction, the Vatican framed the event well, altering its colors, and shifting its common perception. From a state of shock to the hearfelt involvement in the story of an old man leaving for his final pilgrimage.

Was it the same for the prolonged sickness of John Paul II, whose weakness was turned into his strength?
Yes, but his story involved a more mystical aspect. Whereas in this case they had to convince the faihtful of something that would not be as easily accepted by the average belief in the intangibility of the Pope. A precedent was thus created: it happened, but the Church wasn’t destroyed in the process. And if this is possible, other great changes will be, too. But it all has to be done properly, and wisely, by the Church.

Do you believe this will signal the end of the patriarchy in the church?
It wasn’t an explosion, but there was a cut. One of many, perhaps the deepest: no more intangibility for the role of the pope, the embodiment of patriarchy. This, too, tells us that the patriarchy has been laid bare.

The pontificate of Benedict XVI wasn’t very welcoming toward women.
I concur. Let’s go back to his last two speeches. During the Christmas greetings to the Roman Curia he harshly criticized gender philosophy. And in occasion of the world day of peace he depicted homosexuals as enemies of peace itself. That’s why I say that asking for the ordination of women won’t be enough: the Church needs to embrace the basic tenets of gender philosophy. To change and move towards the comprehension of a humankind made of two genders, the revision of stereotypes, and the creation of a non segregated sexuality.

Wouldn’t you say that this process is already underway among the faithful?
I’d say that the catholics would find it more difficult to change their basic coordinates, than to accept the ordination of women. Still, yes, you could say the process is underway, thanks to leading issues like the the rights of the homosexuals. Single issues, though, lead to the bigger picture, which in turn allows for other single victories: what’s truly important is to begin the virtuous circle.