The City of Children in adults' minds. Differences and integration

Also this year Zeroviolenza holds the course dedicated to parents and teachers of kindergartens, primary and secondary schools.
“The City of Children in adults' minds.  Differences and integration” will take place in four Institutes of the Roman suburbs.
In each institute 5 two hour sessions will be held, each with highly specialized personnel: Geni Valle and Simona Di Segni from A.i.Psi., and the writer and journalist Loredana Lipperini.

The Schools where the course will be held:

The first 4 meetings will address the role and the difficulties of the family and school in the development of the individual.
The process of construction of identity and gender identity, the relationship between men and women, and between different generations will be discussed. Another theme will be the transition from the physiological dependence of the child to its independence.

The effort is to undertake a critical reflection that addresses the deconstruction of the most common stereotypes, to approach the true meaning of identity and belonging to a gender. The growth of the individual in its mandatory disentangling within its most important relationships, family, school, peer group, will be central.

The psychoanalytic tool at the service of the social sphere may be a start for the transition from information to training for those caring for children, not intended to provide ready-made answers to the doubts and questions of parents and educators, but to stimulate awareness and thoughts in the search for ones solutions to the problems that accompany the educational task.

The 5th meeting will deal with the construction processes of gender stereotypes produced by the advertising market, through the gendering of games and on-line devices, in a process of progressively precocious introduction of gender identity, for girls but also for boys.
Moving from television to the world of publishing, to that of the social network, the meeting shows the differences and the interaction between the different communication languages, showing their risks and potential.

The topics and the speakers of the course are:

1 - The role of the environment in the construction of identity and gender identity, by Geni Valle ( A.I.Psi. psychoanalyst)

2 - Male and female, adult and child in the educational developmental process, by Geni Valle ( A.I.Psi. psychoanalyst)

3 - The function of the group, as a place of comparing similarities and differences in the development of the individual, by Simona Di Segni (A.I.Psi. psychoanalyst)

4 - The process of growth of the individual: the transition from dependence to independence or to new forms of dependency, by Simona Di Segni (A.I.Psi. psychoanalyst)

Watch the Video with the interviews to the techers and the hosts of the 2014 course.

"Adults learn, adults teach the relationship between different genders and generations" is a project carried out with the contribution of the Lazio Region. 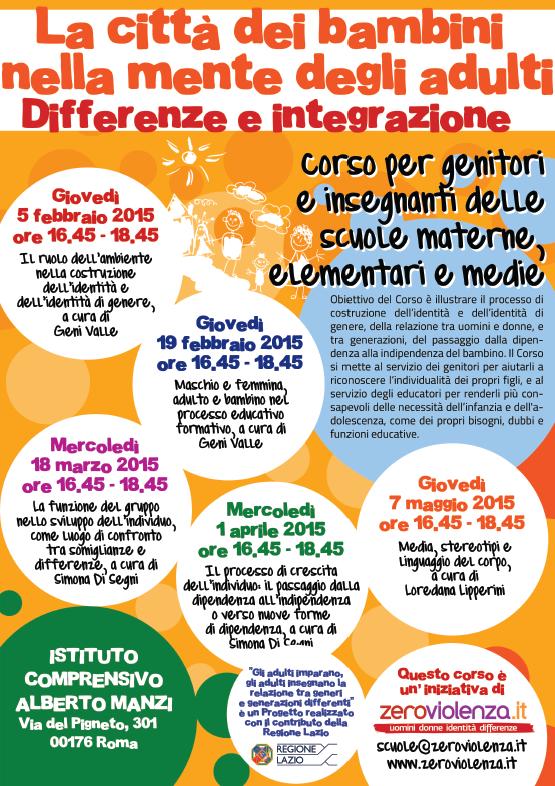 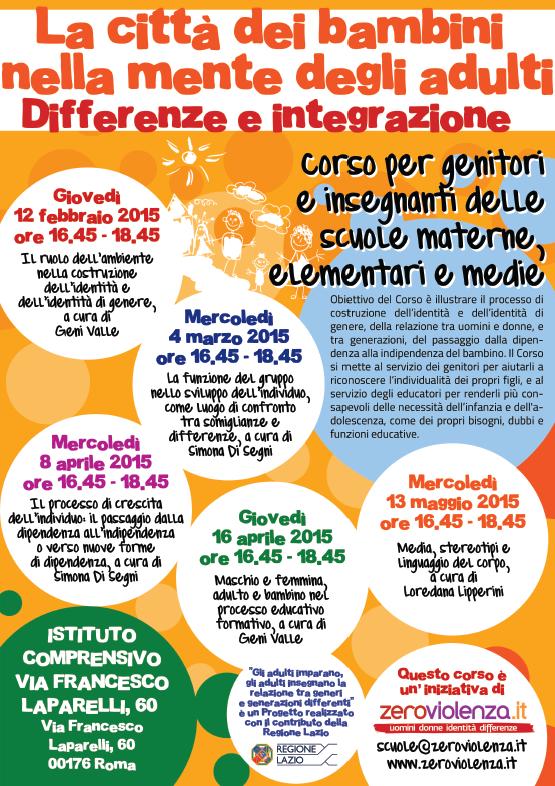 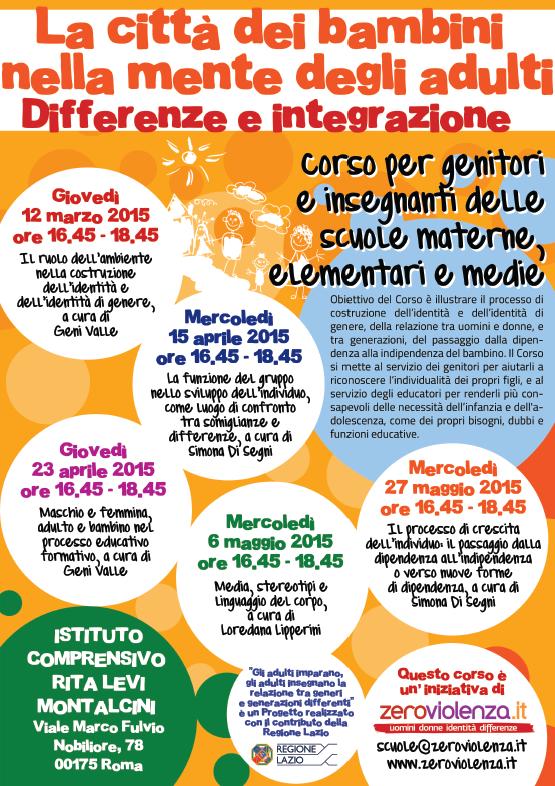 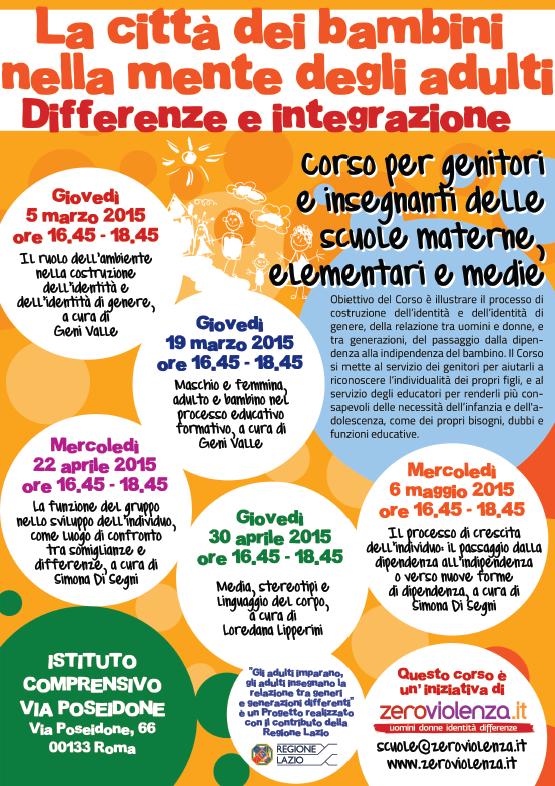