The abuse takes place at the hands of armed groups, including government forces, it says.

In the report, women who fled famine and conflict describe being gang-raped in camps in the capital, Mogadishu.

Managers of the camps - often allied to militias - siphon off food and other aid, the HRW report says.

HRW says that even though the new Somali government which came to power in September last year has made some impressive statements, it has done very little to change the situation on the ground.

"Our findings suggested that the people in these camps are often basically kept captive in the camps," said David Mepham, the UK director of Human Rights Watch.

"They are not really able to leave. The gatekeepers who control the camps are themselves very abusive.

"They siphon off some of the international assistance that is intended for people in the camps - people who are in many cases in serious distress, in serious need."

Lucrative
The report, Hostages of the Gatekeepers, focuses on those who have fled to the Mogadishu camps since 2011.

Running camps has become so lucrative, the group says, that managers - known as gatekeepers - refuse to let the inhabitants leave.

Some of the worst abuse involves sexual violence against displaced women and girls - which goes under-reported because women fear stigma and reprisal.

The report contains harrowing quotes from women who say they have been raped, including 23-year-old Quman. She says she was nine months pregnant when she was gang raped by three men in government army uniform.

Another woman, Safiyo, had to have her leg amputated after she was raped and shot.

Sexual violence is under-reported, the report says, because women fear stigma and reprisal.

The recent brief imprisonment of a displaced Somali woman who told the authorities she had been raped will not help matters, reports the BBC's Africa analyst Mary Harper.

HRW also cites discrimination against those who come from certain clans or ethnic groups.

It says those who complain about abuse are often beaten or even arrested.

A new government backed by the UN came to power in Somalia last September, tasked with ending more than 20 years of conflict in the country.

Somalia: how women are rebuilding Mogadishu 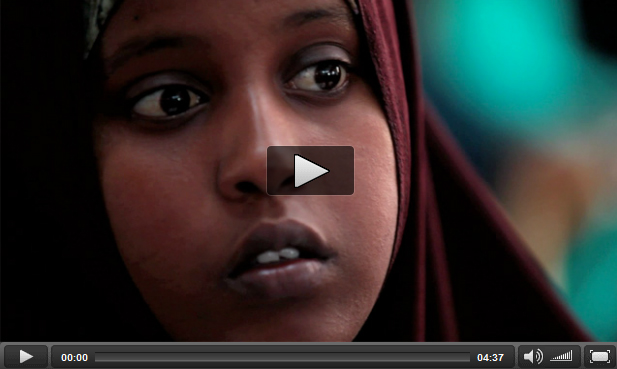 As Somalia emerges from civil war and the influence of Islamist insurgents al-Shabaab, it is women who are rebuilding the economy according to businesswomen in Mogadishu, and students and the rector of the University of Somalia, who says: 'It is the women the economy relies on. The men are there for fighting'.
Leggi tutto...
Sottoscrivi questo feed RSS
Pagina 3 di 3